Shelby Schneider joined the Saratoga Partnership in June of 2016 after spending over two and years managing national marketing for Shmaltz Brewing Company. While at Shmaltz, she led the creation of a Brewers Training Certificate Program in collaboration with regional breweries, regional workforce investment boards, and Schenectady County Community College to meet the growing need for trained workforce in the craft beverage industry. The program has trained nearly a hundred brewers who now work in the regional craft beer and spirits business, and also spawned the creation of new breweries including Unified Beerworks in Malta and Hank Hudson Brewing Co in Halfmoon.

Before joining Shmaltz, Schneider worked in economic development in Saratoga County for 13 years where she served in the roles of Marketing Director and Economic Development Specialist, and Empire Zone Coordinator. Over her career has had the opportunity to work on transformational economic development projects such as the development of the Luther Forest Technology Campus, and the attraction of AMD, which later became GLOBALFOUNDRIES Fab 8. She has also worked extensively with Saratoga County employers and start-ups to assist with business expansion strategies.

Schneider has extensive experience promoting Saratoga County and business assets to the global semiconductor, and clean-tech industries. She traveled throughout the US and abroad to industry trade shows and developed an extensive knowledge of the industry and relationships with key industry decision makers and site selectors. She also spearheaded public relations campaign, which helped garner international and national media exposure for the Saratoga County from The Economist, The Christian Science Monitor, ABC World News with Diane Sawyer, the Huffington Post, and others.  Schneider’s was later recognized by the Capital Region Business Review’s 40 under Forty, and 40 Under 40 Rising Stars in Economic Development by Development Counsellors International in 2013.

Schneider serves as a member of the Saratoga, Warren, and Washington County Workforce Development Board, and an appointment member of the New York State Workforce Investment Board. Serves as a trustee at WMHT Public Service Media for Eastern, New York. She has previously served as a director at the Saratoga Springs City Center, the advisory council at Capital Region YMCA’s Camp Chingaghook, and the Children’s Museum of Saratoga.

She earned her BS in Management and Business Administration from Skidmore College in Saratoga Springs, New York and is a Leadership Saratoga Alumni. She lives in Wilton with her husband Evan and their four children. 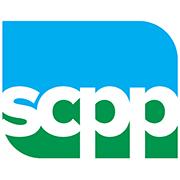 Stay safe and be vigilant #SaratogaCounty residents and businesses https://t.co/vLyUhBhnwG
View on Twitter
3
2

Saratoga County Prosperity Partnership
“We must use time creatively, in the knowledge that the time is always ripe to do right.” MLK

Had a wonderful lunch at the soft opening of @nani

It was great to see the Ballston Spa Next Wave Com

To all veterans of all branches: Thank you for you

The Village of Ballston Spa is Open for Business #